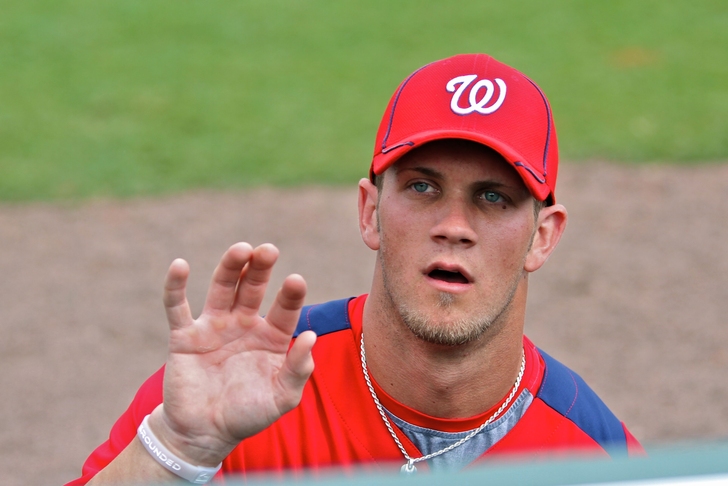 In Nationals news tonight, young Washington Nationals superstar Bryce Harper will miss two months after tearing a ligament in his left thumb on a head first slide in Friday night's game with the San Diego Padres.

According to Keith Law of ESPN.com, "Bryce Harper will undergo surgery Tuesday to repair a torn ulnar collateral ligament in his left thumb and is expected to be out until at least early July, according to multiple sources."

Harper injured the thumb sliding head first into third base in punctuation of a bases-clearing triple. He would stay in the game for one more inning before finally being replaced.

As Law reminds us, Bryce Harper missed 44 games in 2013 with a left knee injury which he sustained by running full force into the right-field wall at Dodger Stadium.

Your Nationals news whenever and wherever you want it. Download our new Chat Sports iPhone app and follow our Nationals team page today.