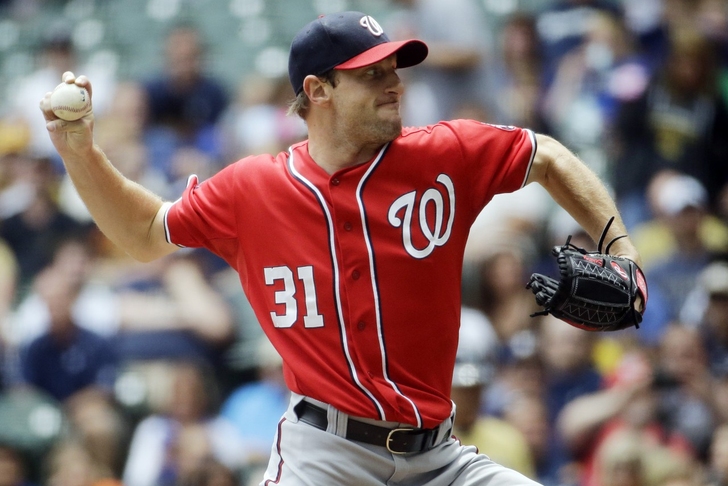 Washington Nationals right-hander Max Scherzer almost joined one of the most exclusive clubs in all of American sport on Saturday, nearly becoming just the 24th pitcher in Major League Baseball history to throw a perfect game in a 6-0 home victory over the Pittsburgh Pirates.

However, a controversial hit-by-pitch taken by pinch hitter Jose Tabata with two outs and two strikes in the ninth downgraded things to a no-hitter. Scherzer ended up retiring second baseman Josh Harrison on a fly out to end things to end his date with destiny regardless, but the fact remains that Tabata didn't look like he tried to get out of the way on first glance (and in fact may of leaned in), eliciting deafening boos from the assembled crowd at Nationals Park.

However, a no-hitter will do just fine for the Nats ace.

The Nats hurler was a step above electric all day long, fanning 10 Pirates hitters while rarely allowing direct contact on any ball hit into the field of play. Backed by Bryce Harper's 23rd home run and a raucous home crowd in D.C., Scherzer finishes just one borderline mistake away from perfection. Of his 106 pitches, 82 were strikes.

Scherzer is the second pitcher in the Washington Nationals era of the franchise to throw a no-hitter, joining teammate Jordan Zimmermann who blanked the Miami Marlins on the final day of the 2014 regular season. He entered the game with a 1.81 earned-run average, the third lowest in the majors. He improved to 8-5 on the season with the win. Prior to his Saturday masterpiece, Scherzer had thrown only complete games in his career.

Scherzer's first career no-no is the second of the 2015 MLB season, joining San Francisco's Chris Heston who no-hit the New York Mets back on June 9th.

The last pitcher in Major League Baseball to throw a perfect game was Seattle's Felix Hernandez back on August 15th of 2012.