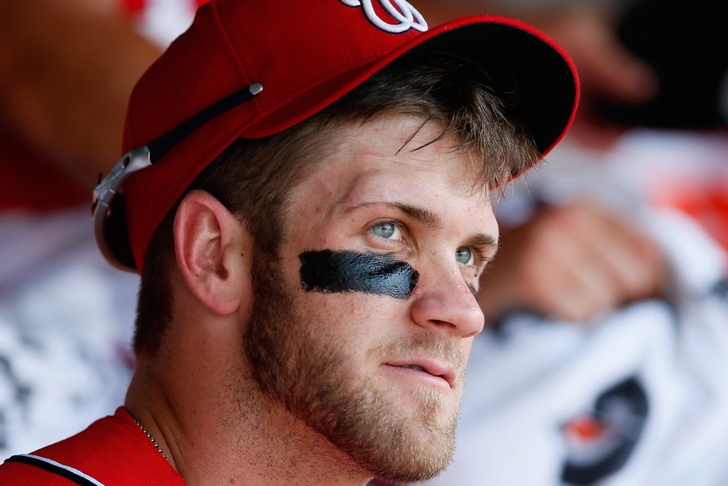 1. This Version Of Bryce Harper...Wow

Bryce Harper’s recent ejection for arguing with an umpire after a sketchy check swing call is emblematic of 2015 Bryce — laced with pure adrenaline, full-speed ahead. Hitting .303 with 16 HR and 38 RBI so far this year, Harper would hit over 60 jacks and drive in over 150 if he were to keep at this pace for the remainder of the year. He won’t (probably?), but his hot start — both temper-wise and from a production standpoint — is the next step towards his upcoming stratospheric superstardom.

When Max Scherzer, Jordan Zimmermann and Stephen Strasburg are your top three rotation options, you're pretty much a favorite to win any postseason series placed in front of you. Inconsistency is inevitable over a 162-game season, but we'd ride with this Big 3 over any frontline starting pitching trio in the entirety of Major League Baseball.

The Nationals have cruised to a 19-5 mark after a sputtering 7-13 start, riding an electric offense the past month to the top of the NL east. After dozens of skeptics came out of the woodwork claiming that the Nats weren’t as complete of a team as many thought they were before the season, this recent stretch of elite baseball is a nice way to silence the pundits. 162-game seasons are a long haul and then some, and the Nats are built for the grind.