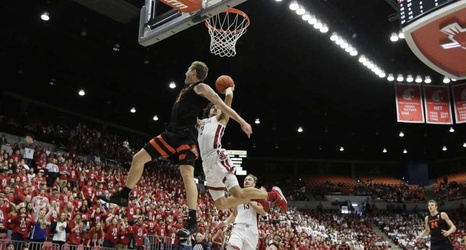 Two-time NBA MVP Stephen Curry was in attendance as his Golden State Warriors teammate and fellow “Splash Brother” had his No. 1 jersey hung for perpetuity in the rafters of an unusually raucous Beasley Coliseum.

Thompson was emotional during the halftime ceremony and active on the sidelines throughout the game, fist-pumping and firing up the 10,380 fans. Video tributes to Thompson by his former USA basketball coach, Duke's Mike Krzyzewski, plus former Washington State and current Virginia coach Tony Bennett and Golden State Warriors coach Steve Kerr were shown.