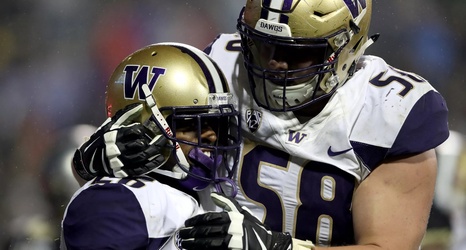 Happy Thursday Husky fans. The Husky program got some good news today when former 4 star wide receiver Giles Jackson from Michigan decided to transfer to UW. Originally from Freedom HS, CA, Jackson was primarily a return specialist for Michigan. Listed at 5’8” and around 175 pounds, Jackson will bring a different skill set to the Husky receiver room who have focused primarily on adding size. Over the last 2 seasons Jackson has returned a touchdown each season. He also caught 15 balls over 5 games for an average reception of over 11 yards. Jackson is an explosive receiver who should see time returning kicks for UW and also operating out of the slot.