With a slew of UW wide receivers emerging, is Austin Osborne the odd man out? 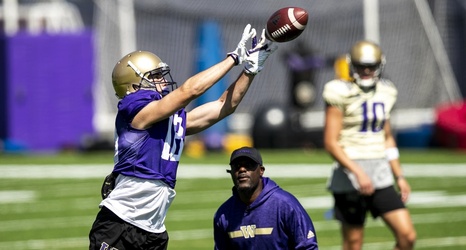 Where in the world is Austin Osborne?

The answer is obvious in some ways, and frustratingly unattainable in others. Literally, Osborne — Washington’s 6-foot-2, 199-pound redshirt freshman wide receiver — is standing on the sideline while his teammates play. He’s there for practices, meetings and warm ups. He was in attendance when the Huskies took on Oregon State in Corvallis, Ore., on Friday.

But where is he, really? Why isn’t he in the mix? With impressive freshman Puka Nacua sidelined with a broken foot, a number of Husky wide receivers have emerged in recent weeks.