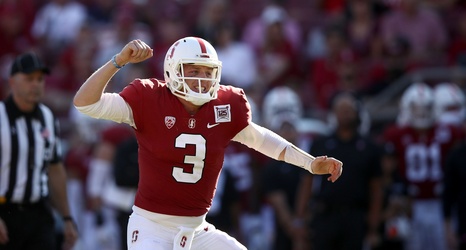 It’s no secret that Washington football’s new head coach Jimmy Lake wants to add another body to the quarterback room since Jacob Eason decided to declare early for the NFL Draft. Right now, the names in the room are redshirt sophomore Jacob Sirmon, redshirt freshman Dylan Morris, and true freshman Ethan Garbers. Between those three guys, they’ve attempted a total of three passes at the collegiate level, and all three were attempted by Sirmon over the 2019 season, with two coming against Eastern Washington, and one against Hawaii.

With that being said, it’s no surprise that Lake has dipped into the transfer market to try and secure the services of a seasoned veteran for the 2020 season, enter former Stanford quarterback K.