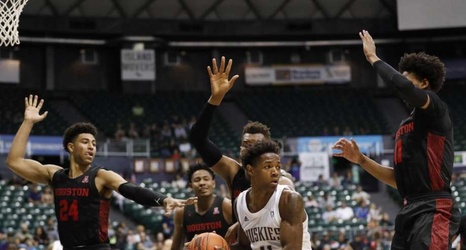 HONOLULU (AP) — Houston coach Kelvin Sampson has seen steady improvement from his team over the first few months of the season. The Cougars took another big step in the right direction Wednesday.

Fabian White Jr. and Caleb Mills scored 19 points each to help Houston rally to a 75-71 win over No. 21 Washington in the title game of the Diamond Head Classic.