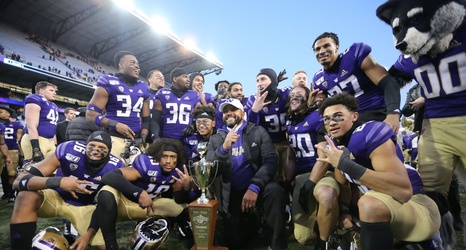 After Washington State dominated the first drive of the game, and Max Borghi walked in for a touchdown, Washington football didn’t allow the Cougars to find the end zone again, and ended up cruising to a 31-13 victory.

After a Jacob Eason QB sneak to tie the game, the Huskies never looked back and ended up taking a 21-10 lead into halftime. The defense bent, but didn’t break all game. Cougars quarterback Anthony Gordon, the nation’s leader in passing went 48/62 for 308 yards, with no touchdowns and two interceptions. For reference, he completed 50 passes against Oregon State the week before for 606 yards and six touchdowns.