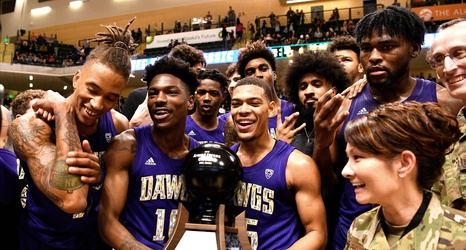 Washington basketball went on an 18-3 run early in the first half after falling behind, and played their best all-around offensive game of the season, scoring 47 points in the first half. The Huskies will need to play a huge first half like that when the Gonzaga Bulldogs come to town this Sunday.

The Huskies were led in scoring by guard Quade Green, who had a career-high 20 points. Green actually didn’t start for the first time this season, but he still played 32 minutes. He brought a different energy to the team coming off the bench, and he was able to add eight assists to his stat line.