UW’s Blake Bodily has been on a scoring tear, but he’s giving the assist to his teammates for Huskies’ deep NCAA tournament run 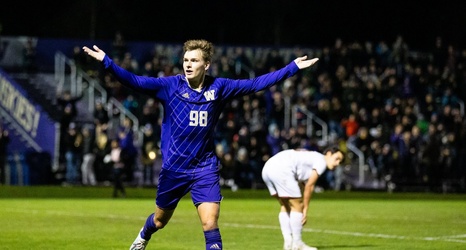 Blake Bodily is as adept at deflecting credit as he is at scoring goals.

With eight goals in the past eight games for the Washington men’s soccer team, which plays at Georgetown on Saturday morning in an Elite Eight game, that has meant a lot of deflecting for the UW junior.

“it’s just being in the right place at the right time,” he said after scoring a goal in Washington’s 4-1 over Marshall on Sunday in a Sweet 16 matchup. “A lot of the goals come from my teammates are doing most of the work.”

Of course, there is great skill at being in right spot at the right time, and Washington coach Jamie Clark was quick to point all to the work Bodily puts in after practice, adding, “no player has taken more racks of balls in the last eight months.