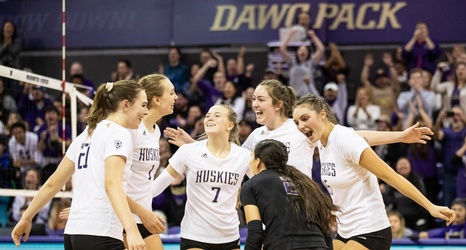 By the lofty standards of Washington volleyball, they were unheralded prospects. The program, headed to the NCAA tournament for the 18th consecutive year, is accustomed to coaxing consensus All-Americans and top-40 nationally ranked recruits to Montlake.

Kara Bajema, Avie Niece and Shayne McPherson barely cracked the top 100 — and in McPherson’s case, she landed in the “next 150” category, recognized mostly as a beach player.

But here they are, the senior core of a Husky team that has aspirations of a national title when the tournament begins Friday at Alaska Airlines Arena.