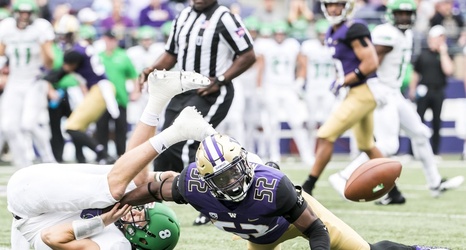 Washington redshirt junior outside linebacker Ariel Ngata has entered the transfer portal, Ngata confirmed to The Times on Friday.

Ngata — a 6-foot-3, 213-pound outside linebacker from Reno, Nev. — made a combined 22 tackles with two tackles for loss and one forced fumble in the 2018 and 2019 seasons, after redshirting as a freshman in 2017. The former Folsom High School standout was ranked as a four-star prospect and the No. 17 outside linebacker in the 2017 class by 247Sports.

Check back for updates on this story.