Title defenders: No. 2 Baylor women on roll into Big 12 play 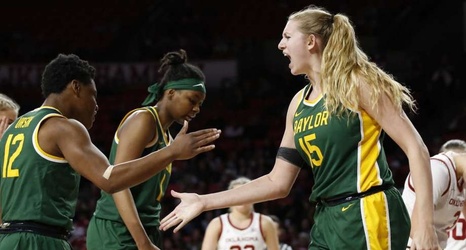 WACO, Texas (AP) — Baylor coach Kim Mulkey will point out that the only loss for the second-ranked Lady Bears — to current No. 1 South Carolina, at the end of November — was a game they played without standout senior post Lauren Cox.

The preseason AP All-American is healthy now, and so are the defending national champions with another graduate transfer having a big impact and some sophomores stepping up in expanded roles.

“I think we're playing some of our best basketball right now, and I think that there's still room for us to improve,” said Cox, who has played in only four games since missing eight others because of a right foot issue.