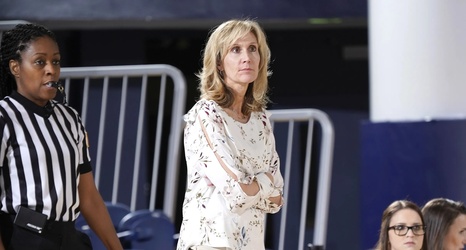 Washington today finished the process of replacing Jody Wynn by hiring Rice head coach Tina Langely in the same role for the Huskies. Langley went 126-61 with the Owls over 6 seasons and before that had served as an assistant coach at Maryland. She will be officially introduced during a virtual press conference on Wednesday.

Langley was not a name brought up in most lists of potential candidates which appears to be a theme within Jen Cohen’s basketball hires.