The Huskies are off to a rough start in Pac-12 play. So what questions do you have about the UW men’s basketball team? 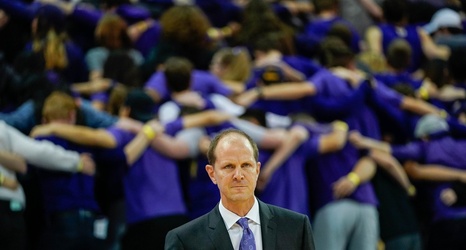 The Washington men’s basketball team began the season with sky-high expectations and spent the first two months of the season ranked in the AP Top-25.

But the turn of the decade has not been kind to the Huskies, who have started the Pac-12 season 1-3, with all three losses coming by a combined 12 points. UW also loses its starting point guard for much of the season, as sophomore Quade Green will miss winter quarter after being ruled academically ineligible.

UW coach Mike Hopkins to Naz Carter and Hameir Wright: ‘If we want to win, then they got to step up’

So here we are.