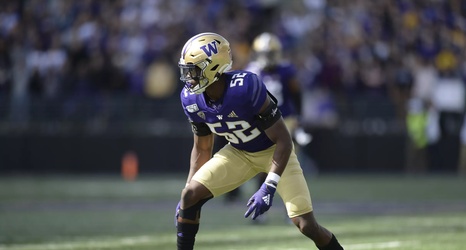 Christian Caple of The Athletic is reporting that Washington LB Ariel Ngata has entered the transfer portal. Dawgman.com and Mike Vorel of the Seattle Times have also been able to confirm the information.

UW linebacker Ariel Ngata appears in the transfer portal, @TheAthleticCFB has learned. Bounced between OLB/ILB last season and had 11 tackles. Will be a fourth-year junior in 2020.

As Caple referenced in the tweet, the Folsom, California native Ngata split his time between OLB and ILB during the season to try to meet the team’s needs.