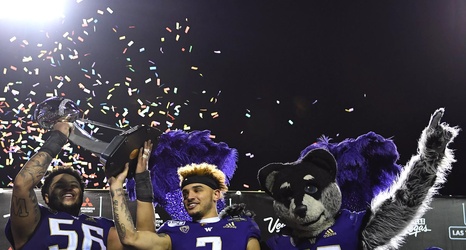 Several Husky signees participated in both the Army All American Game and Under Armour Game over the last several days. Here is a look at who participated and now they played:

5 star linebacker Sav’ell Smalls from Kennedy Catholic HS, WA was the only Husky signee to play in the Under Armour Game in Orlando. Smalls played fairly well in the game and was credited with 4 tackles and a sack in the game. He played out of position for most of the night (they had him lined up at defensive tackle), but he still played well. Smalls will play outside linebacker for the Huskies, and with his 6’4” and 240 pound frame, should play fairly early next year.