Pushups and dance moves: UW’s O-line is finding its swagger (and the occasional ‘extracurricular’) 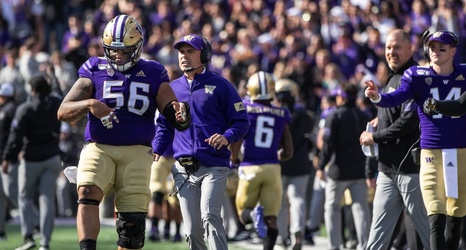 Beyond the borders of that intentionally vague linguistic umbrella, it’s difficult to pinpoint what specifically earned UW left tackle Trey Adams an unsportsmanlike-conduct penalty on Saturday. The alleged offense occurred so long after the play, in fact, that there’s no proof of it on tape.

The available facts are these: 1.) the impropriety in question occurred in the immediate wake of Richard Newton’s 1-yard touchdown run late in the first quarter of Washington’s 28-14 win over USC, and 2.) Adams and USC freshman defensive back Chris Steele were the involved parties.