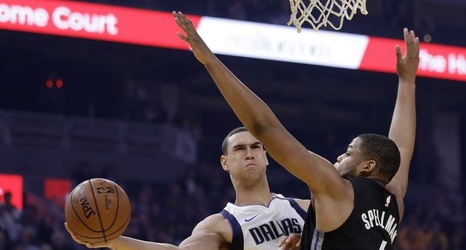 SAN FRANCISCO (AP) — Dwight Powell scored 21 points and was perfect from the floor in his return to the Bay Area after starring at Stanford, and the Dallas Mavericks beat the Golden State Warriors 124-97 on Tuesday night.

Luka Doncic added 20 points and eight rebounds as the Mavericks won their fourth straight against the Warriors — three in a row on their home floor. Powell shot 9 for 9 and grabbed six rebounds.