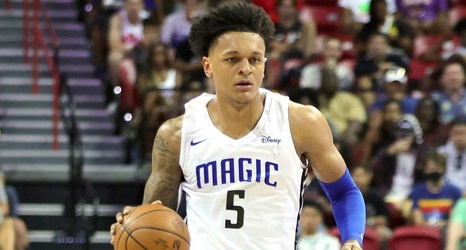 LAS VEGAS -- Paolo Banchero showed the Orlando Magic plenty in his two Summer League contests. And the Magic decided that was enough.

The No. 1 pick is getting the rest of summer league off, after averaging 20 points, six assists and five rebounds in his two games in Las Vegas. The Magic made the decision so they could evaluate other players who are with them this summer and see who may merit a roster spot or G League opportunity.

"I want to give these other guys an opportunity to play, to kind of be able to show what they're capable of doing,'' Magic coach Jamahl Mosley said.