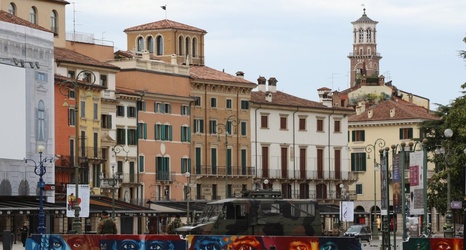 Bobby Jones jokes that sometimes he feels more Italian than American. That’s understandable, given that the UW alum has spent the last 11 seasons playing professional basketball in Italy — his time split into stints with 11 different teams. He’s played for Virtus Roma and BT Teramo and Sutor Montegranaro and the Roseto Sharks, among others. He has experienced life in enough of the country’s 20 regions that he says he “knows it like the back of my hand.”

The 36-year-old Jones — who helped the Huskies reach the NCAA Tournament in three consecutive seasons, from 2004 to 2006 — currently lives in the northeast Italian city of Verona, made famous by the William Shakespeare tragedy “Romeo and Juliet.