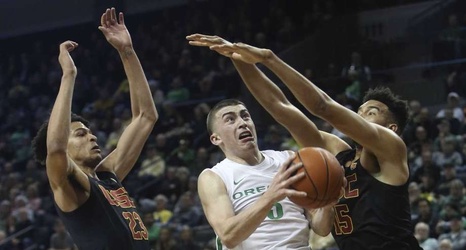 With 24 points and seven assists, Pritchard became the first player in the Pac-12 to reach 1,500 career points, 600 assists and 500 rebounds. When the achievement was noted on the video scoreboard at Matthew Knight Arena in the second half, the crowd gave the senior guard a standing ovation.