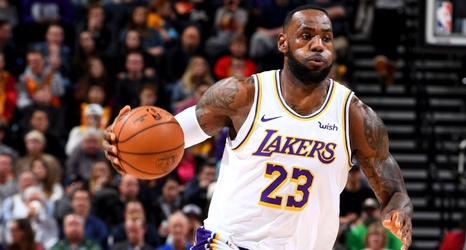 Los Angeles Lakers star LeBron James took to social media on Thursday to shrug off criticism made by Utah Jazz television announcers and defend his actions for coming onto the court in socks to cheer his teammates in the closing minutes of Wednesday night's blowout win.

James, who had already exited the game and had given his shoes to kids in the stands, came off the bench onto the corner of the court after teammate Kyle Kuzma twice blocked shot attempts in the paint by Utah's Tony Bradley with 2:35 remaining and the Lakers leading 116-96.