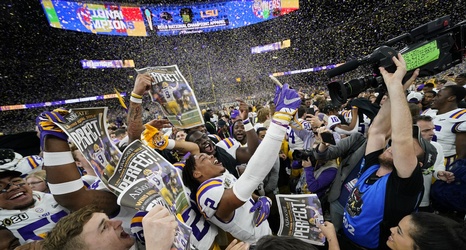 Burrow threw five touchdown passes, ran for another score and finished off one of the most accomplished seasons in college football history by leading the top-ranked Tigers to a 42-25 victory against No. 3 Clemson on Monday night in the playoff final.

“He’s one of the greatest players in LSU history,” Tigers coach Ed Orgeron said of Burrow. “He’s done so much for the state of Louisiana and LSU. We are so grateful to Joe Burrow.