Impressions from (another) tough loss by Washington men 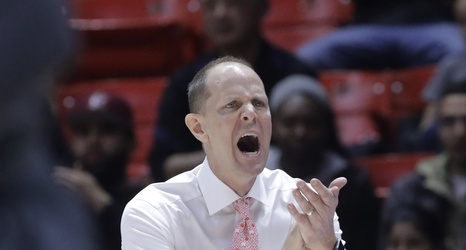 The Huskies had control of a game and were seemingly cruising to an lopsided win before stumbling, staggering and literally falling in the final minutes of a 67-66 defeat at Utah on Thursday night.

Another failure to finish and the deepening sense that Washington (12-8, 2-5 Pac-12) may not recover from this midseason downturn in which its loss six of the past eight games.

HOPKINS IS RUNNING OUT OF ANWERS

Washington coach Mike Hopkins admitted that this loss hurt more than all the others.