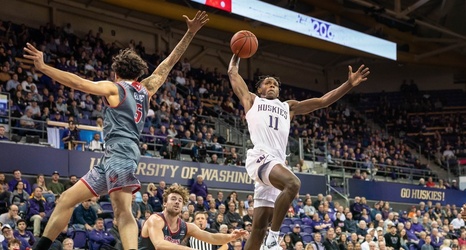 Once No. 22 Washington knocked off Eastern Washington 90-80 to finish a stretch of five blowout home victories, the Huskies turned their attention to the showdown Sunday against the ninth-ranked Bulldogs.

During two weeks of tune-ups, UW seemingly regained its footing and jumped-started a dormant offense following its only setback – a 75-62 defeat against Tennessee in Toronto on Nov. 16.

Against Eastern, UW (7-1) had six players score in double figures for the first time this season.