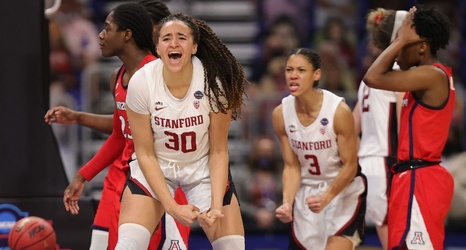 It was worth the wait. Twenty-nine years after winning its last NCAA title, Stanford is a national champion again. The Cardinal held off Arizona 54-53 on Sunday in San Antonio, with Wildcats star guard Aari McDonald missing a shot just before the buzzer.

The No. 1 overall seed in the 2021 NCAA women's basketball tournament, Stanford and coach Tara VanDerveer won their third championship, adding to the program's titles in 1990 and '92. The 29-year gap is the longest for any Division I coach in any sport.

McDonald gutted out 22 points and was harassed all night by Stanford's defense.