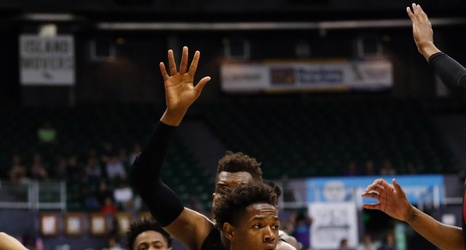 HONOLULU – No. 21 Washington squandered an early 14-point lead and fell 75-71 to Houston in the Diamond Head Classic title game on Christmas Day.

Despite another spectacular performance from freshman forward Isaiah Stewart, who finished with a game-high 25 points and eight rebounds, the Huskies lost control of the game midway through the second half.

Nahziah Carter added 13 points, including three three-pointers, Quade Green chipped in 11 and Jaden McDaniels had 10 points, but was held scoreless in the second half.

Washington came out firing and connected on six of its first eight three-pointers to jump out to a 30-21 lead after Carter drained a jumper behind the arc with 8:07 left in the first half.