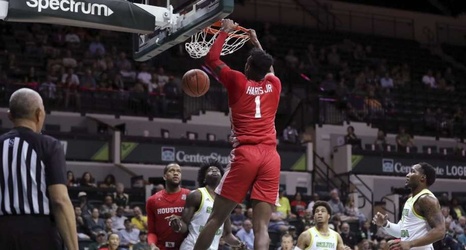 Grimes scored nine of his 22 points in the final 3:28 on Wednesday night, helping No. 20 Houston hold off South Florida 62-58 and remain alone atop the American Athletic Conference.

The sophomore guard made six straight free throws and also sank a 3-pointer that gave the first-place Cougars (20-5, 10-2) some breathing room down the stretch in the matchup between the top two defensive teams in the league.

“We're kind of who's going good and let them have it," Houston coach Kelvin Sampson said.