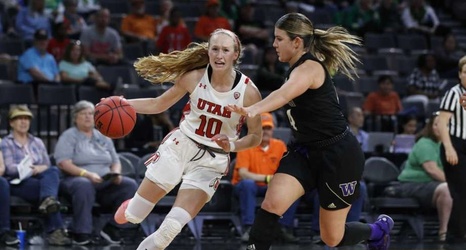 LAS VEGAS (AP) — Freshmen Brynna Maxwell and Lola Pendande scored 17 points apiece, combining for 25 in the second half, to lead eighth-seeded Utah to a 72-63 win over ninth-seeded Washington on Thursday in a first-round game of the Pac-12 Conference tournament.

Maxwell scored 11 points in the third quarter, hitting three 3-pointers, as the Utes turned a six-point halftime deficit into a 52-48 lead. Two of the 3-pointers came in a 14-0 run that pushed the lead to nine. She finished with five 3-pointers, moving her into fifth on the Utes list for a single season with a freshman record 80.