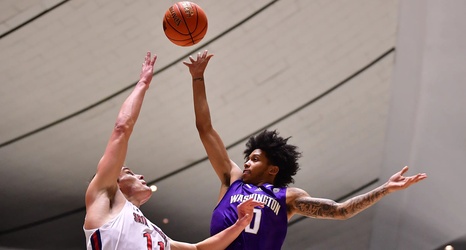 The crowd was unsurprisingly sparse for a game tipping on at 9:30p on Thanksgiving night. That lack of energy seemed to seep into the game as neither Washington nor Saint Mary’s ever found what could be characterized as an offensive groove. Still, the Dawgs made just enough plays to overcome 23 turnovers and force overtime. From there Washington hit a few big shots and held on for a XX-XX upset of the Gaels. Despite going into overtime Washington’s leading scorer, Keion Brooks, had just 12 points in a double double effort. The win moves Washington to 5-1 and secures a title in the 4-team Wooden Legacy tournament.