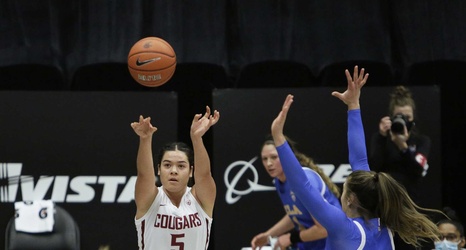 She scored the first nine points and the final nine of the game for Washington State on Friday, as the Cougars upset No. 5 UCLA 67-63 for their first victory ever over a team ranked in the top five.

Leger-Walker, who led all scorers with 28 points, hit a 3-pointer with 42 seconds left that lifted the Cougars to a 64-63 lead they would not relinquish. She added three free throws as the Bruins failed to score again.

“It made me feel so proud for the team and where we’re headed,’” the New Zealand native said of the victory.