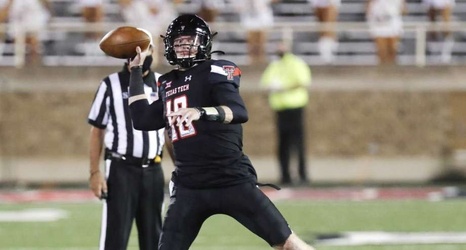 SaRodorick Thompson ran for two scores in the opener of the pandemic-shortened season for the Red Raiders in front of a socially distanced crowd of 11,157.

Bailey Zappe threw for 567 yards and four touchdowns in the first game for Houston Baptist (0-2) against a Power 5 opponent a week after finishing with 480 yards passing and three scores in a 57-31 loss to North Texas.