Apple Cup stays with Washington after 31-13 win over Wazzu 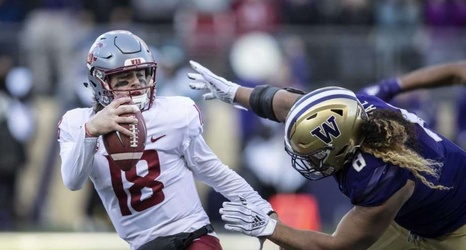 SEATTLE (AP) — Jacob Eason threw for 244 yards and one touchdown and ran for another, Richard Newton added a pair of short touchdown runs, and Washington kept possession of the Apple Cup for a seventh straight season after a 31-13 win over Washington State on Friday.

Eason was excellent using his tight ends to pick apart Washington State’s defense in what could be his final home game after just one season with Washington. Eason seems destined for the NFL, the question is whether it will be after this season or if he’ll return for his senior year.