Analysis: WSU’s Mike Leach and UW’s Chris Petersen are gone. So which departure is a bigger blow for the Pac-12? 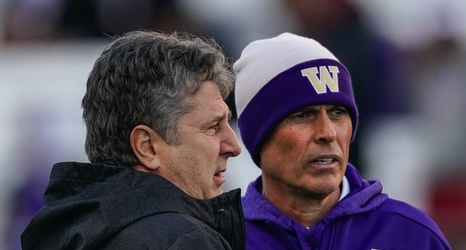 The Pac-12 Hotline’s Jon Wilner takes a look around at some key story lines and developments in the Conference of Champions, including the departures of UW’s Chris Petersen and WSU’s Mike Leach.

Together in the Pacific Northwest for six years, gone their separate ways in six weeks.

And like that, Chris Petersen and Mike Leach — two of the most successful and longest-tenured coaches in the conference — are finished in Seattle and Pullman, respectively.

Petersen: Swallowed by the grind and in need of recharging.

Leach: Headed to the SEC for a new challenge.