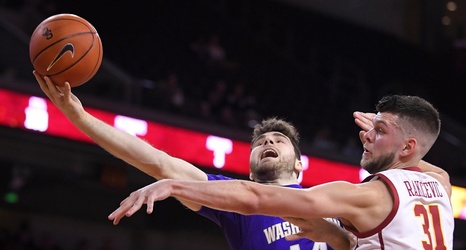 Washington is riding a seven-game losing streak heading into Saturday’s game at UCLA.

TOO MANY 3s, NOT ENOUGH FTs

After connecting on 34 of 82 on 3-pointers during a three-game stretch in late January and early February, the Huskies are 15 of 55 from beyond the arc in their last two, including 8 of 30 against USC.

Washington’s first offensive option is getting the ball inside to Isaiah Stewart, who drained 5 of 9 shots for with 13 points, but was handcuffed by double teams for most of the night.