Analysis: Three keys (and three concerns) to a breakthrough season for UW in 2019 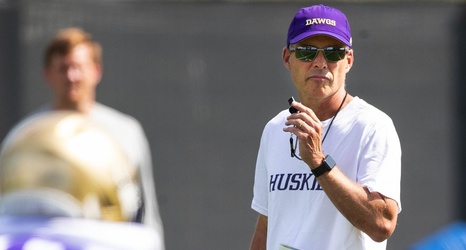 The Washington Huskies have won 32 games in the last three seasons.

But they’ve yet to win the big one.

Yes, despite all the recent success, Chris Petersen and Co. have struggled to stick the landing. They fell 24-7 in a Peach Bowl loss to Alabama in the College Football Playoff semifinals in 2016-17. A Fiesta Bowl loss to Penn State and a Rose Bowl loss to Ohio State have served as increasingly unwelcome sequels.

On the ladder to national prominence, the Huskies are teetering near the top. One false move, and they could plummet into Pac-12 purgatory.