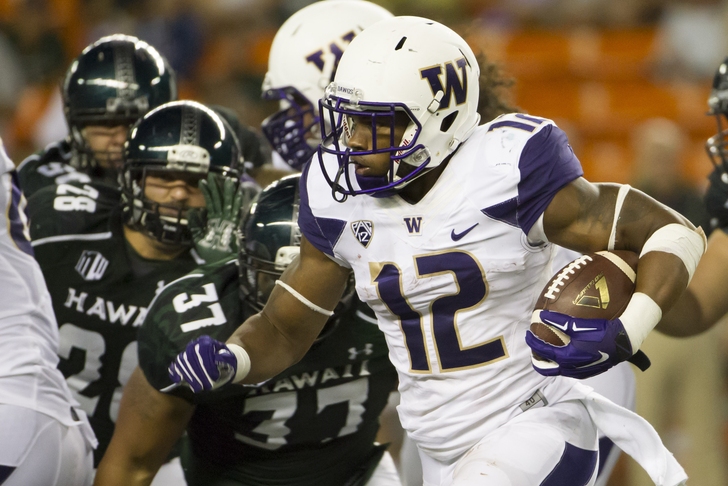 The Washington Huskies collected bowl eligibility with an 8-5 overall record this year, despite finishing just 4-5 in the Pac-12. They are headed to another bowl game after winning the Fight Hunger Bowl in 2013. Where will the Huskies be playing this time around?

Tempe appears to be the most likely destination for Washington, as they are near the bottom of the totem pole among Pac-12 bowl eligible teams. If they don't end up here, and a team like Utah takes this spot, it could mean the Huskies miss out on a bowl game all together. The fate of Washington ending up in Las Vegas hinges on what happens with Stanford and Arizona State, which in turn effects Utah's outlook. The Huskies are probably last in the pecking order among those teams, but could beat out the likes of Stanford and Utah for this bowl if other options shuffle teams around.

The Cactus Bowl and the Las Vegas Bowl represent the only two realistic possibilities for Washington. There's almost no chance they would jump three teams in Utah, Stanford and Arizona State to end up in a game like the Sun Bowl.

As the sixth team tied to Pac-12 affiliated bowl games in the conference, there may not be enough room for Washington if a team like Arizona slips out of a New Year's Six game, which would push every Pac-12 team down the ladder.