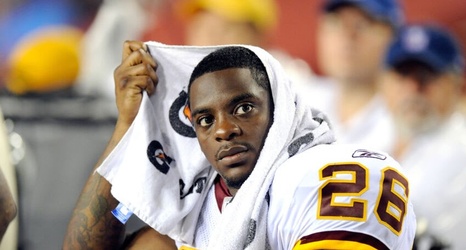 LANDOVER, MD - AUGUST 22: Clinton Portis #26 of the Washington Redskins watches the game against the Pittsburgh Steelers at Fed Ex Field on August 22, 2009 in Landover, Maryland. (Photo by Greg Fiume/Getty Images)

The Washington Football Team has seen many great running backs past through the organization since it was founded back in 1932.

From John Riggins, the franchise’s all-time leading rusher, Larry Brown, Stephen Davis, and Alfred Morris, Washington truly has a rich history at the position. We could rattle off several more if we wanted to, but you get the point.