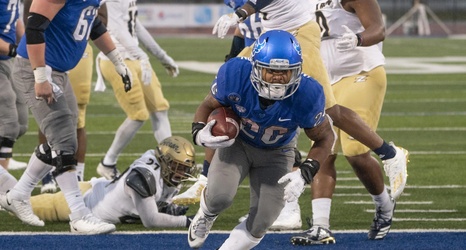 It surprised many people when Washington didn’t draft a running back this past weekend, but according to reports, they’ve signed an explosive undersized running back who some compare to Maurice Jones-Drew.

The Washington Football Team had an experienced, but relatively thin running back room going into the draft on April 29th. They emerged from the draft with exactly the same group of runners that they had going in.

True, the team returns all three starters from last year’s roster – 2020 rookie surprise Antonio Gibson from Memphis, and two veterans, JD McKissic and Peyton Barber – along with veteran Lamar Miller, but Miller has only taken 5 NFL snaps in the past two seasons.