The 5 O’Clock Club: Lamar Miller is actually a pretty good running back who could win a job this preseason 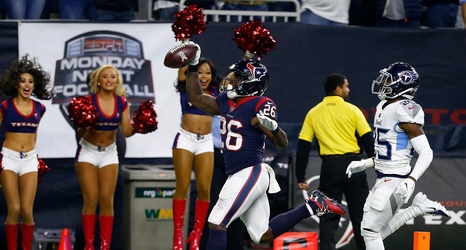 The 5 o’clock club is published from time to time during the season, and aims to provide a forum for reader-driven discussion at a time of day when there isn’t much NFL news being published. Feel free to introduce topics that interest you in the comments below.

Lamar Miller recently turned 30 years old, and he hasn’t really had any meaningful snaps on an NFL field since 2018 because he tore his ACL during the Texans’ third preseason game in 2019.

Miller went to training camp with the Patriots last year, but spent most of the regular season on the Bears’ practice squad, though he got a few offensive snaps when he was activated for a game in Week 10.