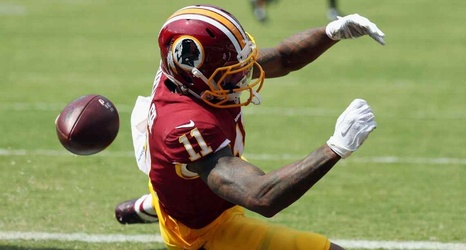 ASHBURN, Va. -- The start isn’t what many anticipated after watching Terrelle Pryor in training camp, when he stood out among the offensive players.

After three games, Pryor is on pace to finish with 53 catches and 619 yards for the season. One big game could change those numbers, of course, since the team has played only three games.

But Pryor has received only eight targets over the past two games -- resulting in four catches for 50 yards. Is it a matter of quarterback Kirk Cousins trusting him less after a shaky opener?