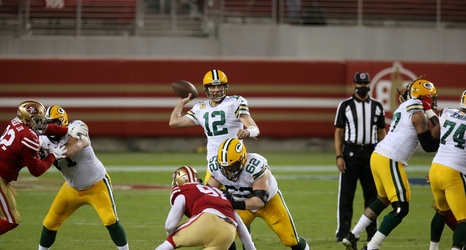 Sunday football ends with a pretty good NFC matchup between the Green Bay Packers and the San Francisco 49ers. Aaron Rodgers had his get right game last week after a brutal Week 1 loss. The 49ers have been burning through RBs faster than the Ravens as they look to go 3-0 with a home win.