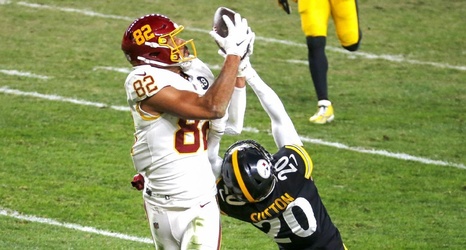 ASHBURN, Va. -- Washington Football Team tight end Logan Thomas won't surprise anyone anymore. Not after topping his previous high catch total by 56 receptions; not after establishing himself as a quality red zone threat. Duplicating his breakout 2020 season could be difficult.

Washington added more offensive playmakers around him, including a quarterback who loves to throw the ball, two more wide receivers with speed and another who has succeeded in the slot.

While Thomas, who turns 30 on July 1, doesn't see himself as a finished product, he does view himself as on the rise.