Adam Humphries was a stud on Thursday night against the Giants 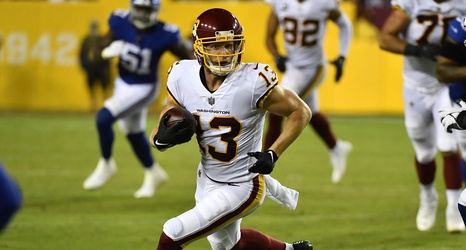 In the aftermath of the momentous and grand victory over the Giants on Thursday night, I read a comment here on Hogs Haven that highlighted Adam Humphries’ contribution to the winning effort. I’m afraid I was dismissive of the comment as my most vivid memory of the game was Humphries dropping a fairly straightforward catch for a potential first-down on the final drive of the game.

When I re-watched the game on Friday night, I kept noticing plays — several of them pretty significant plays — made by Adam Humphries. For the past 18 hours or so, it’s been bothering me that I didn’t recognize what an important role the slot receiver was playing in the game when I saw it live.