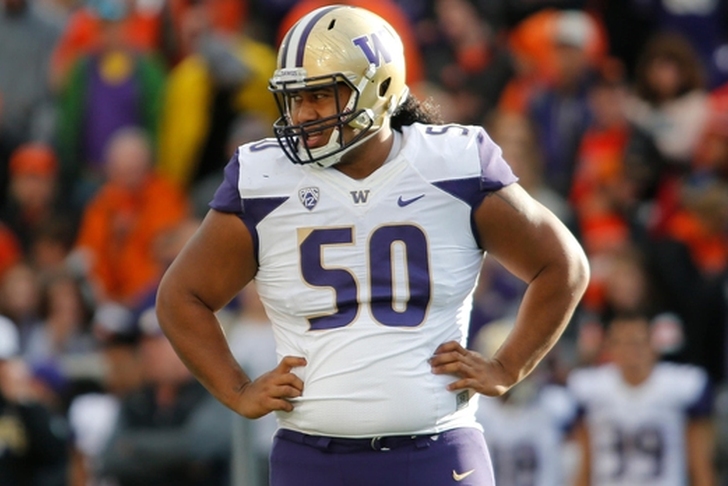 The Redskins draft rumors are swirling around who the Washington Redskins will select in the first round of the 2018 NFL Draft. The Redskins have the 13th overall pick in the draft and after finishing 7-9 last season, Washington has plenty of holes that need to be filled. To make a leap as one of the best teams in the NFC, they will need to draft the right pieces to fill their team needs. According to ESPN's Draft expert Mel Kiper Jr's third mock draft, he believes the Redskins should select Washington Huskies defensive tackles Vita Vea.

The Redskins selected defensive end Jonathan Allen in the first round of the 2017 NFL Draft and should add another piece to a young defensive line. Washington totaled 42 sacks last year which was tied for the seventh most in the NFL, but there are some elite defensive linemen who may slip in this year's draft due to the top quarterback prospects going in the top 10.

Kiper believes Vea would be a huge addition to a defense that struggled to stop the run last season.

"As I noted in Mock Draft 2.0, Washington ranked last in the league in run defense in 2017, allowing 134.1 yards per game," writes Kiper. "This team needs a nose tackle who can eat up space and take on blockers, and that's what Vea brings. He's a strong and athletic tackle who also can get after quarterbacks. The Redskins like 2017 first-round pick Jonathan Allen, who played in only five games because of a Lisfranc injury, and he and Vea would be a nice defensive foundation on which to build."

Vea may be pound for pound the most athletic player in the NFL Draft at 6-foot-4 and 347 pounds, Vea ran a 5.1 40-yard dash at the combine and did 41 reps on the bench press. He has drawn comparisons to future hall of famer Haloti Ngata.