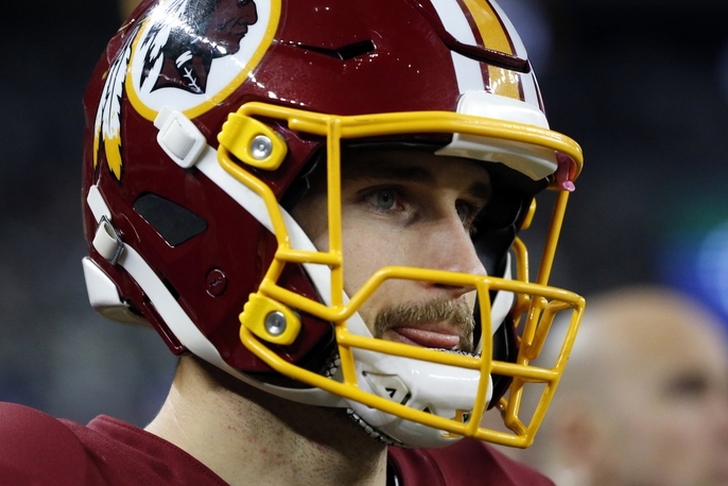 The Washington Redskins have officially been eliminated from playoff contention after a brutal 30-13 loss to the Los Angeles Chargers this past Sunday. The Redskins have lost four of the last five games and continue to slide down the NFC standings. For the Redskins and this offseason, it feels like Deja Vu all over again with the drama surrounding quarterback Kirk Cousins and his future with the team.  Here are the three biggest needs for the Redskins entering the 2018 NFL Draft.

1.) Quarterback
The Washington Redskins still don't know who their starting quarterback will be in 2018. For the past three seasons, Cousins has been the Redskins' starting quarterback and the face of the franchise but there is a chance he may not return. He is currently playing on the $23.9 million franchise tag, but it increases next season to $34.5 million if the Redskins decide to tag him again.

If the Redskins are unable to franchise tag him or sign him to a long-term deal, then finding a quarterback becomes their highest priority.

2.) Offensive Line
The offensive line has battled many injuries this season, so upgrading the position to have better depth and starters isn't a bad idea. The Redskins have given up 37 sacks this season, which is 10th most in the league. That's a huge increase after giving up only 23 sacks all of last season. By upgrading the offensive line in the draft, the Redskins will help keep Cousins or a new quarterback healthy. Another starter is needed next to Brandon Scherff at guard, while Spencer Long could be upgraded at center.

3.) Wide Receivers
Entering the season the Redskins had one of the most feared receiving corps in the entire NFL with pass catchers like Jordan Reed and Terrelle Pryor. Both players battled injuries for most of the season and when they have been healthy, they haven't been as productive. Last season, the team lost Pierre Garcon and DeSean Jackson who combined for 226 targets and the veteran presence of these two wide receivers has been greatly missed this season. Former first-round WR Josh Doctson has shown some glimpses of talent in the red zone this season with a team-high five receiving touchdowns. Still, if this team wants Cousins to stay or help a new quarterback progress, the team will need to draft some new receivers so the quarterback has reliable players to throw to.