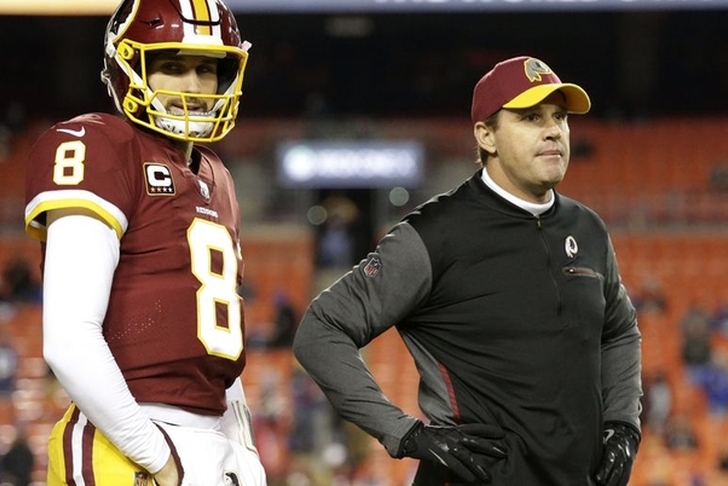 The Washington Redskins missed out on the playoffs for the second consecutive season, something that doesn't sit well with the coaching staff and front office. However, they don't feel as if they're that far away from being a contender as long as they address a few areas this offseason, especially in the draft. Obviously, a quarterback would be No. 1 on this list if Kirk Cousins leaves this offseason, but I don't expect that to happen. So, without further ado, here are the three biggest positions of need Washington will target in the 2018 NFL Draft.

1) Wide receiver
The Terrelle Pryor signing turned out to be a complete dud and while 2016 first-round pick Josh Doctson has shown plenty of positive signs, Jamison Crowder looks like he is headed in the opposite direction. Washington needs to find depth, stability, and a real go-to guy at the position, especially if they decide to pay Cousins top-end money. Look for them to draft Alabama's Calvin Ridley, SMU's Courtland Sutton, or Notre Dame's Equanimeous St. Brown in the first round.

2) Inside linebacker
Both Zach Brown and Mason Foster are set to become unrestricted free agents this offseason and could leave Washington with significant holes to fill in the middle of their defense. The Redskins also rank 22nd in the league against the run this year, showing they could use an upgrade anyways. There aren't any blue-chip linebackers in this class, but quality players (Alabama's Rashaan Evans, Ohio State's Jerome Baker, Texas' Malik Jefferson) could be available in the second round.

3) Safety
D.J. Swearinger stepped in and became a captain in his first season with the Redskins and has really become a leader on the defense. He's a great tackler and is excellent against the run but struggles against the pass. Montae Nicholson is also a solid player, but there is certainly room for an upgrade. Washington would love to get a playmaker in the back end of their defense and could go looking for one in the draft.