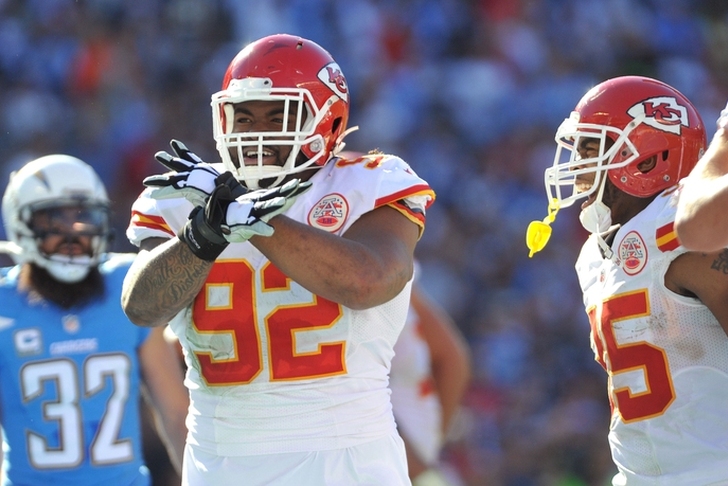 The offseason has reached a crucial point for the Washington Redskins. Free agency starts on Thursday, March 9 at 4:00 pm ET (the start of the new league year), but Washington is already taking advantage of the two-day free agency negotiating window that opened yesterday. During this time before free agency starts, teams may negotiate all aspects of the contract but can't finalize the deal. Here are the latest Redskins news & rumors you need to know:

Washington pursuing Poe
The Redskins are looking to acquire a versatile defensive tackle and can play in a variety of schemes, and that has them pursuing former Chiefs nose tackle Dontari Poe, according to the Washington Post.

The Washington Redskins will still incorporate a base 3-4 defense under defensive coordinator Greg Manusky, but they’re looking for versatile defensive linemen. NFL teams are typically in a 4-3 defense when they’re in the nickel, a subpackage that defenses are in for the majority of the game in today’s pass-happy NFL.

The Redskins are reportedly interested in defensive tackle Dontari Poe, per CBS Sports. He would be a great addition for their defensive line as a prototypical nose tackle with the ability to play the one-technique in the nickel. Washington has struggled over the last few seasons to find a nose tackle it can keep on the field for all three downs, but Poe would serve as a significant upgrade with the versatility needed at the position.

Poe had 27 tackles with 1.5 sacks and one forced fumble last season.

Redskins not trading Cousins
Washington had been rumored to be engaged in trade talks with the 49ers about sending quarterback Kirk Cousins to San Francisco, but that is not the case, according to Master Tesfatsion of the Washington Post.

Not sure how it picked up steam, but a source said there's no truth to a Kirk Cousins-49ers trade being "all but done." #Redskins

Cousins has spent the last two season as Washington's starter, and set new franchise records for passing yards each year. In 2016, Cousins passed for 4,917 yards with 25 touchdowns and 12 interceptions

Washington tenders Thompson, Compton
The Redskins announced that they have tendered running back Chris Thompson and linebacker Will Compton.

The pair can still negotiate with other teams, but if they receive an offer sheet from a team other than the Redskins, Washington has seven days to match.

Thompson had 68 carries for 356 yards and three touchdowns along with 49 receptions for 349 yards and two receiving scores last season, while Compton finished with 128 tackles last year, the second most on the team.

Follow our Washington Redskins news page for all the latest Redskins rumors!